The world of translation studies has lost one of its greatest scholars and most inspiring teachers: On April 16th, 2018, Katharina Reiß died peacefully in Munich, where she had lived for the last few decades. I received the notice by email on the 17th, the day which would have been her 95th birthday. On that day, I have a plenary talk on functionalism at a translation studies conference in Tijuana, Mexico, and when I told the audience what had happened, they were all silent. They had not known her personally, but each of them had heard at least her name or even read some of her publications.

Katharina Reiß was born in 1923. Before becoming a pioneer of translation studies, which still was in its infancy at the time, she studied Romance Languages and Literature and translated several works from Spanish into German, among them José Ortega y Gasset’s famous essay on the “Misery and Splendour of Translation” (Miseria y esplendor de la traducción). Her practical translation work provided the material for her translation classes at the School for Translation and Interpreting at the University of Heidelberg, Germany, which I attended in the early 1960s. She was a great teacher. What she wanted most of all was to offer students and practising translators general guidelines for their translational decisions. This was the rationale for most of her publications, first of all of her book on translation criticism published in 1971. The text typology she presented in this book is now an essential requisite in any theory class for trainee translators all over the world, although the translations into English (Translation Criticism – The Potentials & Limitations) and French (La critique des traductions, ses possibilités et ses limites) were not published until 2000  and 2002, respectively. Firmly drawing on a normative concept of functional equivalence at the text level, which she never gave up, her postulate was that the method of translating is a correlate of the text type. Later, she integrated this approach as a specific theory into the framework of Hans J. Vermeer’s general theory of translational action or Skopostheorie, claiming that it accounted for those special cases in which the skopos, or purpose, of the translation is to produce a textual equivalent of the source text. Of course, as an experienced translator she knew that equivalence is not always called for or even desirable. Apart from the textual categories, therefore, her model includes a functional category for those cases in which the target text is needed for another function than that of the source text. This is why she is often regarded as the founder of Skopostheorie. But for her, the source text was always the sine qua non, the necessary condition, of translation.

On that morning in Tijuana, I told the audience: Without Katharina Reiß I would not be here today. And that is not a phrase: It was Katharina Reiß who gave me the chance and even inspired me to become a translation teacher and, later, a scholar in translation studies. Her students will always remember her as a strict but fair teacher with a very subtle sense of humour. For me, she will always be the great person to whom I owe so much. 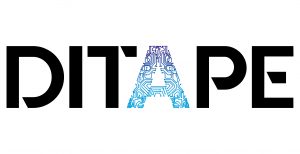